Back when I did my Purgatory of Dilbert at Telecom's now-defunct call centre on the flood-prone riverbanks of Lower Hutt, the only viable food source apart from BYO and the onsite vending machine was a KFC. Years after walking out of that asylum, it's a rare thing for me to go to a KFC any more.

But following on from last week's Burger Wars post, I tripped over another franchise bunfight today, this time between KFC and the small but plucky El Pollo Loco. Read all about the new beef-flavoured chicken, or, more intriguingly, read what goes into KFC's secret recipe. It's not so much to prevent trademark infringement, but more to prevent customers from throwing up:

You can find the secret, though, by perusing the company's "ingredient statement" (pdf), where we learn that, besides chicken and beef, there are more than 20 other ingredients in the grilled chicken and its marinade. The top one: salt. Near the top: monosodium glutamate. KFC advertises the product as having "less sodium than our Original Recipe chicken," which is a little like saying that a donut has less sugar than a candy bar.

It gets worse. Here's the recipe for popcorn chicken, from that pdf:

Now I know why only poor people and teenagers eat that crap. Anyone literate would lose their lunch. Here's some more banned comics: 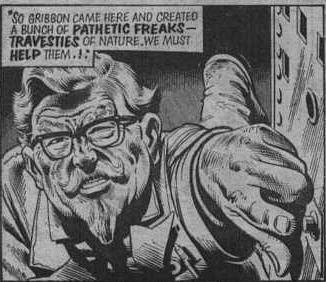 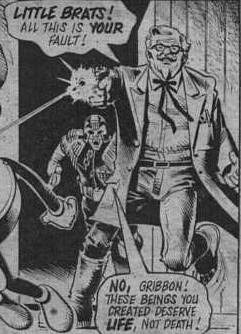