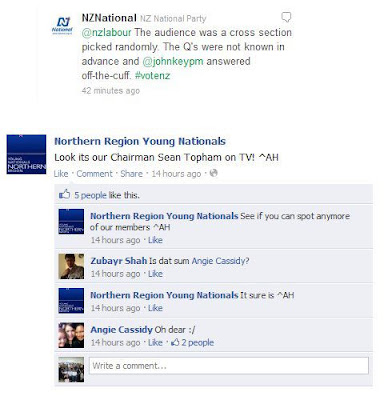 Here are the finalists in this year's John Key Animated Gif Awards: 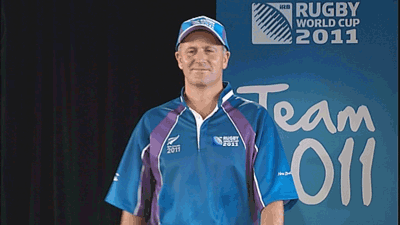 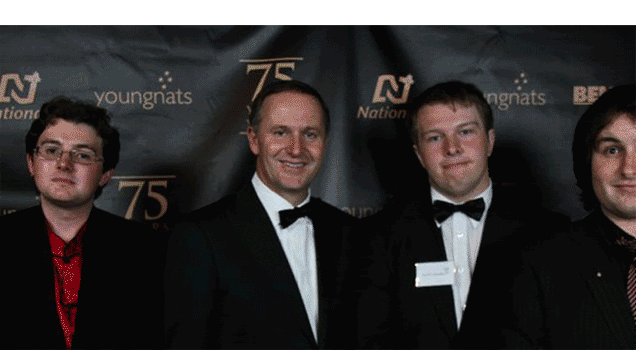 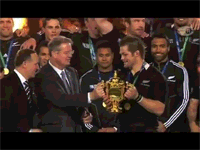 And the GIFFIE goes to... Pokerface!

Warning: Blogger may not like Animated Gifs and barf up, so right click and save the link images for the nominees in case the carrots fly.

UPDATE: Blogger blows chunks on animated gifs, so I sourced the original blog posts they appeared in.

Catwalk Mince by Dan Satherley here at Spare Room.
Pokerface by Unknown at The Dim Post.
Three Way Handshake by Unknown Labourite posted by Grant Robertson at Red Alert.
Posted by Will de Cleene at 22:43

I didn't know him that well. I am thankful for the contract work I did for him at the New Zealand Business Roundtable a few years ago, helping out with the Ron Trotter Lectures and data entry. No-one minded I was a stoner, and I had the opportunity to put names to faces, including shaking hands with Marginal Revolution's Tyler Cowen.

Roger Kerr was a man driven by the genuine desire to improve the common lot of New Zealanders. Not just the suits but everyone.

He might have been born too late to reap the benefits of the paperless society, but the NZBR library still had its gems. Roger gave me a copy one of their papers on how public stadiums are a crock. It was years ahead of the debate over the Eden Park upgrade.

All the best to Catherine and family.
Posted by Will de Cleene at 17:17 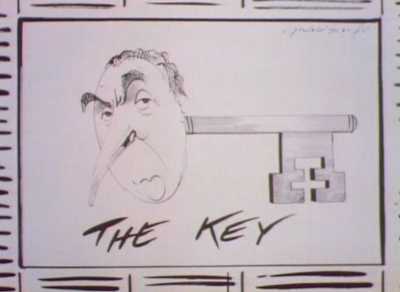 Policies be damned. The tactics are superlative. They might be Morris Dancers, but they're running rings around the competition so far.
Posted by Will de Cleene at 16:43

Vote ALCP to grow the economy

I am very impressed with the Aotearoa Legalise Cannabis Party's election campaign Opening and Closing Addresses. The Opening Address looks at the economic cost of prohibition, the throwing of millions of dollars a year into that bottomless hole of criminal prosecution that Don Brash pointed out:

The Closing Address looks at the economic benefits of Hemp, the non-psychoactive miracle plant that is tarred with the same ignorant brush as its THC-laden twin:

Email ThisBlogThis!Share to TwitterShare to FacebookShare to Pinterest
Labels: election, war on drugs

If Kanye West was a prime minister 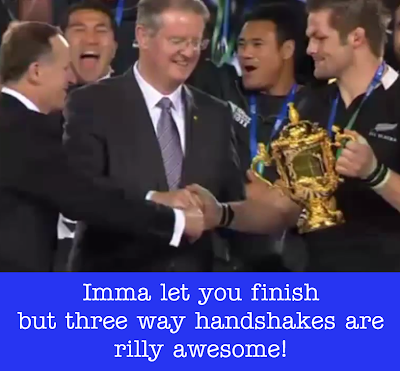 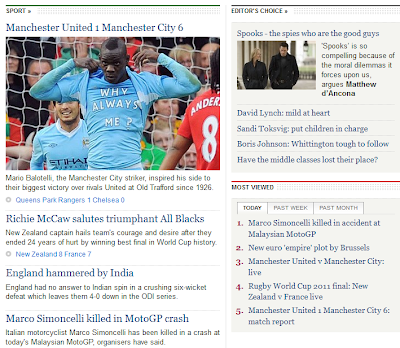 Email ThisBlogThis!Share to TwitterShare to FacebookShare to Pinterest
Labels: crisis? what crisis?

Islanded in a stream of stars

Colin James with a likely scenario:


But there is life in the Westphalian state yet, even if it [is] losing feathers, hair, fingernails and much dignity. Population, water, resources and climate pressures might over the next quarter century take us down a dark route of devastating wars, famines, pandemics and climate catastrophes which will make the twentieth century look peaceable by comparison and cut huge swathes through the global population. If so, that is likely to drive people inward, not outward, and harden, at least temporarily, the Westphalian state.

All the multi-lateral institutions put in place after WWII to prevent another global slaughter are crumbling or dust. Bretton Woods carked it back during the Nixon Shock. The World Trade Organisation has died with the Doha Round, while regional trade agreements bashed out behind closed doors favour the pollution of corporate lobbyists.

The European Union, essentially a peace agreement between France and Germany, stumbles on from crisis to crisis as the PIGS face a sovereignty - solvency squeeze. The world's second largest bond market is in Italy, the I of the PIGS. The country is run by a billionaire bunga-bunga addict who owns the national media. There's something rotten in Rome and no-one's smelling it yet.

The United Nations is a big joke. The CIA is arguably the world's largest terrorist organisation, but you'll never see it listed as a terrorist group. The Convention of Narcotic Drugs has been the source of millions of imprisonments and hundreds of thousands of deaths around the world. This international law has been ignored by the CIA, as a way to fund operations beyond the power and oversight of its Congress.

The CIA has been adept at ignoring even the most basic precepts of international law, such as the Geneva Conventions. Barbaric treatment of "enemy combatants" has gone mainstream in the last decade thanks to their tutelage. Terms such as waterboarding, place names such as Abu Gharib or Bagram are understood by the Zeitgeist in a way they weren't ten years ago.

Whatever the long dark future holds, it'll be no holds barred. We've all forgotten how truly horrible total war is, so we'll have to learn it all from scratch the hard way. Prepare for fragmentation and the continuing rise of the city state.
Posted by Will de Cleene at 16:43

Grant Buist has an excellent caricature of Bomber Bradbury in this week's Jitterati:

Click image to embiggerate
Nice touch with squeaky clean John Key doing the cut signal. He might be talking cats but the body language is clear.
Posted by Will de Cleene at 14:33

Email ThisBlogThis!Share to TwitterShare to FacebookShare to Pinterest
Labels: toons

Off With His Larynx

The spirit of the NZBC circa 1960 lives on as NatRad imposes a lifetime ban on Martyn "Bomber" Bradbury.

I was listening to the wireless last week as Bomber appeared on The Panel, as he read his blog post on his thoughts pummeling John Key's Radio Live marketing stunt. Yes, his rant was polemical. Yes, his characteristic screeches set off my tinnitus. But that's our Bomber.

Whatever problems NatRad had with Bomber's polemic, it seems there was not even a shot over his bow. No temporary sanction, just dialled straight up to "Off With His Larynx".

The other week I had to put up with Graham Bell and his contemptuous "I've Been Thinking" spiel. Sometimes there's Michelle "Bury Me in a Y-Shaped Coffin" Boag on the air, who helicopters in and dumps smugness over all she surveys. Or the milquetoast Brian Edwards, who bemoans his neighbours using water blasters or leaf blowers.

That's the price to pay when you listen to "Our Voice". There's a kaleidoscope of views. It's bad enough that there's the self-censorship of indigenous sweariness, which impinges on a few of The Panel's regulars, especially from the redder end of the guest spectrum. It's one of the handicaps that forbids me from radio airtime. I can't guarantee a G-rated sound bite.

Banning such a prolific Leftie right before an election sounds like something the Nat appointed NatRad Board would lash out with. Was it Dick Griffin decanting poison down the line? Who did Broadcasting Minister Jonathan Coleman meet in the corporate box in the weekend? Or was it the Smiling Assassin who kicked away Bomber's soapbox?

I really doubt we've heard the last of this.

I've got a Getafix Election 2011 Soup on the back burner while I'm reading. There's still a few ingredients missing and I'm hoping to crowd-source them up. Please put your pot luck in the comments.

Ingredient #1: Around the House of Representatives, there are carvings of various conflicts where New Zealanders died. Over which war did the attempted leaper go over the top?

Ingredient #2: The Diplomatic Protection Squad are not Celebrity Praetorian Guards. John Key's DPS Bill is blowing out as he treats them as Entourage Muscle. Don Brash has at least had stuff hit him. Hell, even the old man took a rotten egg or tomato for Rogernomics. Comes with the job.

But it hints at the Plutocrat Roman flavour of this Key government. Lictors and fasces. Steven Joyce had his Crassus mask slip at a student protest, telling them to keep their heads down lest the Eye of Joyce zaps them down. John Key is the People's Caesar. Who is National's Pompey?

Ingredient #3: Simon Power's enlightening valedictory speech mentioned that Key only turned down one of Power's proposals. What was the policy?
Posted by Will de Cleene at 10:23

What with the Heineken Mastercard Rugby World Cup in its final frenetic weeks, I've decided to ignore the rugbyhead-athon and have a read of Nicky Hager's Other People's Wars.

There's an internal logic to the book so far that clicks true with my limited knowledge of martial matters. Putting aside Hager's thesis, the Yanks look like sociopathic retards. Barbarians not soldiers.

Anyway, back soon. Enjoy the thugby.