I have broken bread with Tom Scott and I love his work as much as Murray Ball, but he continues to be wrong about cannabis: 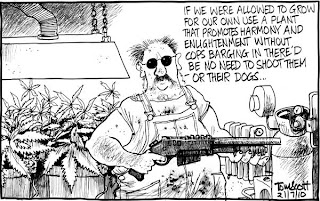 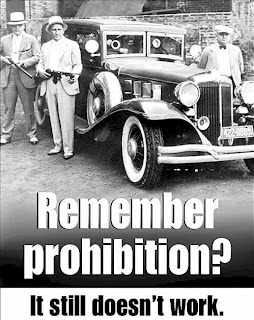 If a market cannot rely on the government's monopoly on force for support, it will arm itself accordingly. Alcohol prohibition is the US led to riskier public drinking, the St Valentine's Day Massacre, Al Capone and all the rest of it.

Sir Tom's mispreconception is part of a wider intellectual malaise I've seen pop up around the place. All this talk of " if alcohol was introduced today, it would be banned." It is absolute crap. Alcohol is one of the simplest things to make. Third world hill tribes of Papua New Guinea have worked out how to make it. 80 year olds get busted for it right now.

And so it is with cannabis, which is a cuzzie of beer hops in the Magnolia family of plants. You can grow poppies in NZ but cannabis is illegal. Consider the futility of a law preventing something that literally grows on trees.
Posted by Will de Cleene at 09:22