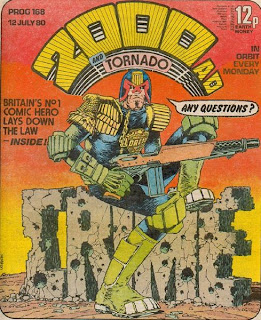 What he will get: 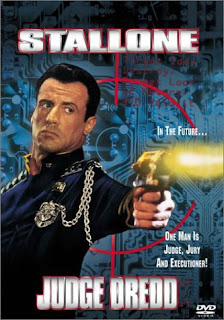 I'm not a big fan of Police 10-7's Graham Bell at the best of times, but Greg O'Connor got a whupping on The Panel yesterday. John Bishop was giving O'Connor's spin a good kicking, but it was heartening to hear Bell give him a few slaps too. And too right. We not be arming the cops.

Danyl at the Dim Post is fighting the good fight, although post commenters continue to let his point fly over their head like a satellite. As someone who has been home invaded by police based on nasal hearsay, I get it. A man's home is not his castle. Hell, it's not even a lounge cushion fort when it comes to police rights to search under the Misuse of Drugs Act.

I had the Law Commission up on this point earlier in the year. The penalty for possessing cannabis is 3 months in prison maximum. Hardly anyone, except Maori and Pacific Islanders, ever gets the clink. Yet this minor deviancy is enforced with search without warrant powers. Yet the police feign surprise when one disproportionality is met with another, rarer disproportionate response.

Judith Collins is set to get the cops to lock and load. The War on Drugs is set to go Mexican. The blood will be on your hands O'Connor, and on the sly and slick Judge Jude Collins' gloves too.

P.S. Simon Prast is running on the counter-culture ticket for the Auckland Mayor's job. Good on him. Vote Prast. Don't let the Banks bugs bite. It took years for Hudson & Halls to have any political impact on gay politics. Dagg knows, we could do with more accomplished drug role models than Millie Elder or Van West.
Posted by Will de Cleene at 09:56