The Money or the Bag 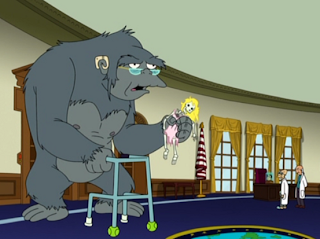 Bernard Hickey's not wrong at taking a swing at the baby boomers, advising X and Y to fuck off overseas while the boomers rig a bomb to the NZ economy. Me? This brain ain't for draining. I like it here. So, what is to be done about it?

The ever diplomatic David Farrar does a good job at blocking John Key's blind spot on the matter:


The superannuation decision is just a political reality. Key promised before the election he would resign as both PM and an MP if he changed the age or floor for super. It is naive to keep lobbying on an issue after that. If he did what Bernard said, he would be finished in politics.

The capital gains tax is a more fair criticism. While Key has not ruled it out entirely, I think it is unhelpful he has been so dismissive of the possibility, while the tax working group does its stuff.


A statesman never says never. All those point blank promises are actually starting to accumulate and it won't take long before Key is painted into a corner by them. And DPF is playing a bit selective with the truth about the age of entitlement:


[DPF: I agree I would rather the promise was not made. The 65 age was in fact only introduced in the 1990s]


The age of 65 was introduced by Savage's Labour in the 1938 Social Security Act. Sure, there was a means-tested pension from 60, but the bones have been there all along. It was the Nixon doppelganger Rob Muldoon who dropped the universal nest egg to 60. It took a Mother of All Budgets to fix that glitch.

Clark's Labour at least attempted to grapple with the long term problem of what to do with the boomers. Key sez it's all off the agenda until at least 2015. So much for the long term welfare of NZ and its citizens. It's something a day to day trader might say.

If the public decide to have the debate on how on earth we're going to pay for all these golden trinkets, that's up to us not him. Ignore it at your peril. From the wage-linked IV drip to health care to free public transport to rates rebates to trusty tax dodges and LAQCulas, there's just too much to sweep under the carpet.

Here's a heresy for you. Universal Super or the Vote; choose one. I think Cactus Kate first raised the idea but buggered if I can find the right post (Little help, CK?). While we're at it, once you turn 80, you can't drive. THEN you get the free public transport.
Posted by Will de Cleene at 18:20