# The psychoactive spectrum of drugs is laid out with beautiful simplicity. Mostly harmless, cannabis sits peacefully in the eye of the storm. HT Transform.

# South America gets real - Get high for me, Argentina. Mexico has ended the stand-off with its citizens, decriminalising personal stashes of all drugs. Former Brazilian president Fernando Henrique Cardoso has called for an end to the futile war on drugs.

# Meanwhile in Portugal, the Economist concludes that the country's decriminalisation of drugs has created benefits with no harmful side effects.

# As part of New Scientist's feature on a Blueprint for a Better World, legalising drugs is number 2. Lads' Mag Esquire talks to former commander in Maryland's Bureau of Drug Enforcement, Neill Franklin. The former Baltimore drug cop also pops up over at Transform:

# What would cannabis on sale look like? Andrew Sullivan's Daily Dish gets curious: 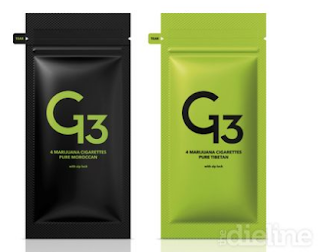 # In local news, Jose Barbosa looks at the Portugal experiment in Werewolf's Living Sensibly on Drugs. From the department of the obvious, Stuff notes that baby boomers are still getting high.
Posted by Will de Cleene at 14:04