The polymath and the ayatollah 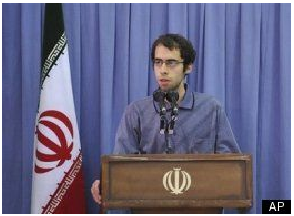 In what was first dismissed as a government hoax by some, a university maths student has criticised Ayatollah Khamenei, in public, to his face:


The session began with a speech in which Khamenei told the students the "biggest crime" was to question the results of the June 12 presidential election that returned hard-liner Mahmoud Ahmadinejad to power. Khamenei himself declared Ahmadinejad the victor despite opposition claims of widespread fraud.

After the speech, Vahidnia raised his hand, then for 20 minutes he criticized the Iranian leader over the fierce crackdown on postelection protests, in which the opposition says 69 people were killed and thousands were arrested...

"I don't know why in this country it's not allowed to make any kind of criticism of you," said the student, wearing a long-sleeved blue polo shirt and appearing calm.

"In the past three to five years that I have been reading newspapers, I have seen no criticism of you, not even by the Assembly of Experts, whose duty is to criticize and supervise the performance of the leader," he said, referring to the clerical body that chooses the country's supreme leader.


That's the thing about reformation. It has got to come from within. It's great to see signs of courage from Iranian civil society that has not diminished in spite of state intimidation, violence, torture and murder.

While trying to find a source clip on YouTube, I tripped over this. I hope it isn't true. 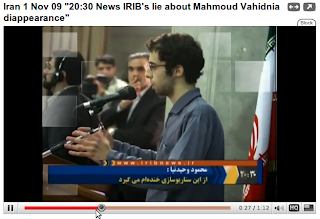