# MoJo looks at the growing water problem in the California New Mexico region:


The Central Valley, the thin, fertile band running down the middle of California, has long boasted the world's richest agricultural economy, reliably producing more than a quarter of the nation's fruits, nuts, and vegetables. But it's done so in defiance of ecological reality. The 70-year-old irrigation system that has pumped water into the otherwise arid valley is proving increasingly vulnerable to shifting weather patterns. It now appears that waterwise, 20th century California was an anomaly, a relatively wet period in the midst of a historical cycle of severe drought.


# The Mandelbrot bulb has appeared everywhere from New Scientist to Boing Boing. Beautiful complexity and depth: 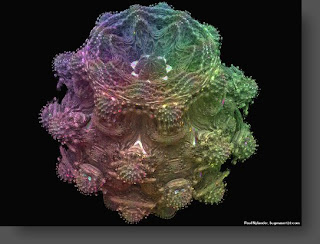 # The Nine Nations of China, described by The Atlantic.

# A Dummies Guide to The Authoritarians. Covers all the bases, from God to Milgram.

# The Large Hadron Collider has finally powered up and successfully completed a low-impact collision. Familiarise yourself once again with what it is all about with Wired's guide to sub-atomic elements, presented as a reality show cast list.

# Wired also has a good guide on choosing a #$&%ing strong password.

# 2010 looks like a make or break budget for National. Ratesblog looks at Bill English foreshadowing the spending cuts putting an end to Labour's reckless last five years. Guess which minister managed to get a 2220 percent raise in spending for his portfolio under Helen.

# The Big Squeeze? Ratesblog also looks at the latest Household Economic Survey, which shows that median rents increased 9.5 percent over last year, even as average mortgage payments dropped. Squeezing pennies or frontloading the almost inevitable end of the LAQCula scam, who knows?

# And finally, one more gem from Wired. Petrol fumes may fan road rage.
Posted by Will de Cleene at 22:20