Well, the VP debate has been and gone. Gosh darn it and shucks, Palin didn't suck. Most of her utterances were in whole sentences even. Unfortunately, that's as good as it got. Here are the top 150 words used by Palin, as run through Wordle: 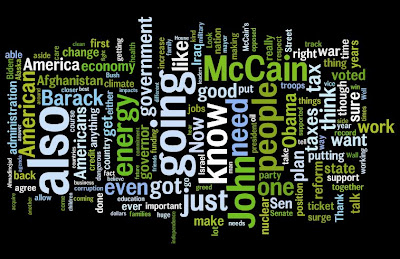 Compare this with Biden: 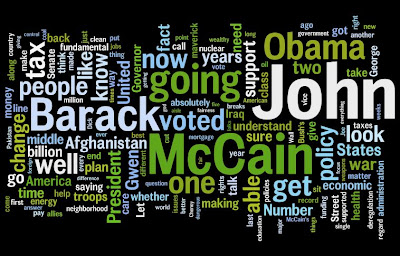 Compare the use of monosyllables in the former with the political language in the latter. Folksy may sound comforting, but it's devoid of meaning. The talking points and buzzwords are there, yeah. But they are islets in a torrent of poorly scoring Scrabble moves. You've got to worry when 'also' is the most common word used.

She name dropped foreign sounding leaders passably, but mixed up her US generals. 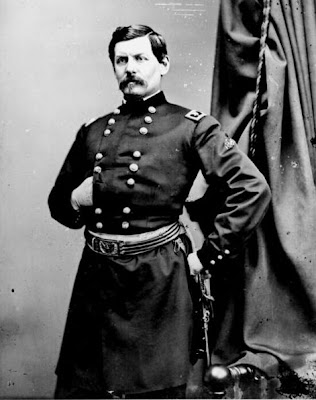 This is General McClellan. 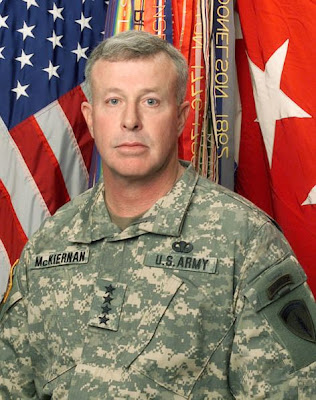 This is General McKiernan. Oh well, at least she got Petraeus right, not mixing him up with Patton.
Posted by Will de Cleene at 10:33