Reasons to be Cheerful IV

2007 was a good year for movies. Black Snake Moan and Pan's Labyrinth led the pack by some lengths, although other reviewers had their own favourites. Haven't seen The Darjeeling Limited yet... hmmm... Kiwi movies made a splash on Empire's Top 5 lists, with Eagle vs Shark in Best Laughs, and Black Sheep for Best Tagline. Kiwi humour today. Tomorrow, the WORLD!

What does 2008 have in store from the storytellers? Kate Roger says American Gangster and Sweeney Todd: The Demon Barber of Fleet Street are worth a go. All good stories involve blood. If you can throw a musical into a bloodbath and get away with it, then it's worth a go. Paul Thomas Anderson shows that the Western ain't dead with There Will Be Blood. It's about oil.

Roger Donaldson returns with The Bank Job, an anti-authority movie harking back to Sleeping Dogs:

"In September 1971, thieves tunneled into the vault of a bank in London's Baker Street and looted safe deposit boxes of cash and jewelry worth over three million pounds. None of it was recovered. Nobody was ever arrested. The robbery made headlines for a few days and then disappeared - the result of a 'D' Notice, gagging the press. This film reveals what was hidden for the first time. The story involves murder, corruption and a sex scandal with links to the Royal Family - a story in which the thieves were the most innocent people involved."

2008 is brought to you by the number 2. Hellboy 2: The Golden Army. All hell breaks loose. Harold & Kumar Escape From Guantanamo Bay. Hopefully, Doogie doesn't. Of course, one can't ignore the return of The Dark Knight. Some particularly bad timing for Helen Clark. Lots of cartoon mileage to be made here: 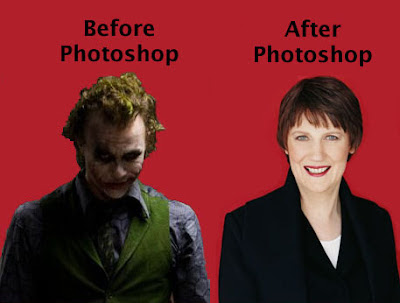 Yes, it's going to get very dirty. But that is another post.

Fernando Meirelles' follow-up to City of God, City of Men, is the most anticipated of the number 2s. While we're in the ethnic (non-Hollywood) section, best to keep an eye out for Mongol. In the kids' section, there's the classic Where The Wild Things Are. Directed by Spike Jonze with fantastic casting.

Back in the Hollywood category, the studios have doubled 2 and discovered Indy 4, Indiana Jones and the Temple of Doom Kingdom of the Crystal Skull. Rocky 6 proved not only that Sly can't count higher than one hand, Stallone's synapses have stretched his creative talents to calling Rambo 4, John Rambo. This time he's not conspiring with Taleban.