Son of ACTA is a complete bastard

The copyright provisions in the Trans Pacific Partnership Agreement are becoming clearer, and it's no thanks to Trade Minister Tim Groser nor Prime Minister John Key. Slashdot points to Techdirt with the nitty gritty:


Can a government be accused of treason, I wonder? I mean, it is increasingly clear that the Nats are making it all up as they go along. John Key is still a long way from understanding what he can and can't blurt to the nation, as well as what he can and can't promise on our behalf to the US corporate raiders.

You've got to have serious doubts on the TPP when Gordon Campbell and Eric Crampton are in agreement. So sez Bernard Hickey, Jane Kelsey and me too. If the Nats sign on to this, they'll have a bigger Blackout protest on his hands than last time. 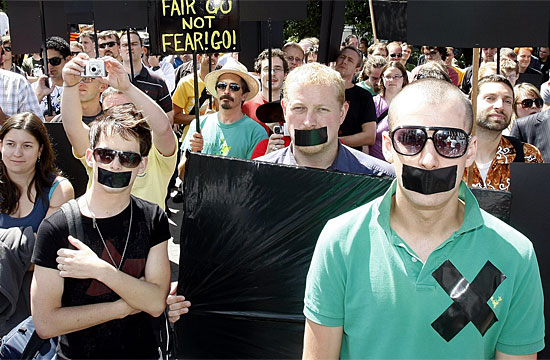 UPDATE: Here is the link I was thinking of during this post. Technically Alex Tarrant, but Bernard Hickey is complicit.
Posted by Will de Cleene at 14:01