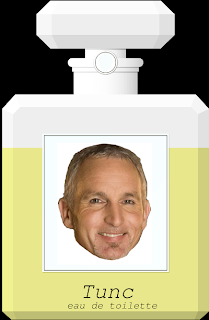 Talk show host, Sunday Star Times columnist and former mayor of Whanganui Michael Laws released an eau de toilette at a press conference earlier today. The new fragrance, Tunc, is being marketed to the urbane red-neck, featuring a refreshing blend of oreagris (eel urine) and white wine vinegar with an afternote of reflux that really lingers.

Tunc will be available at all good $2 Shops.
Posted by Will de Cleene at 17:24