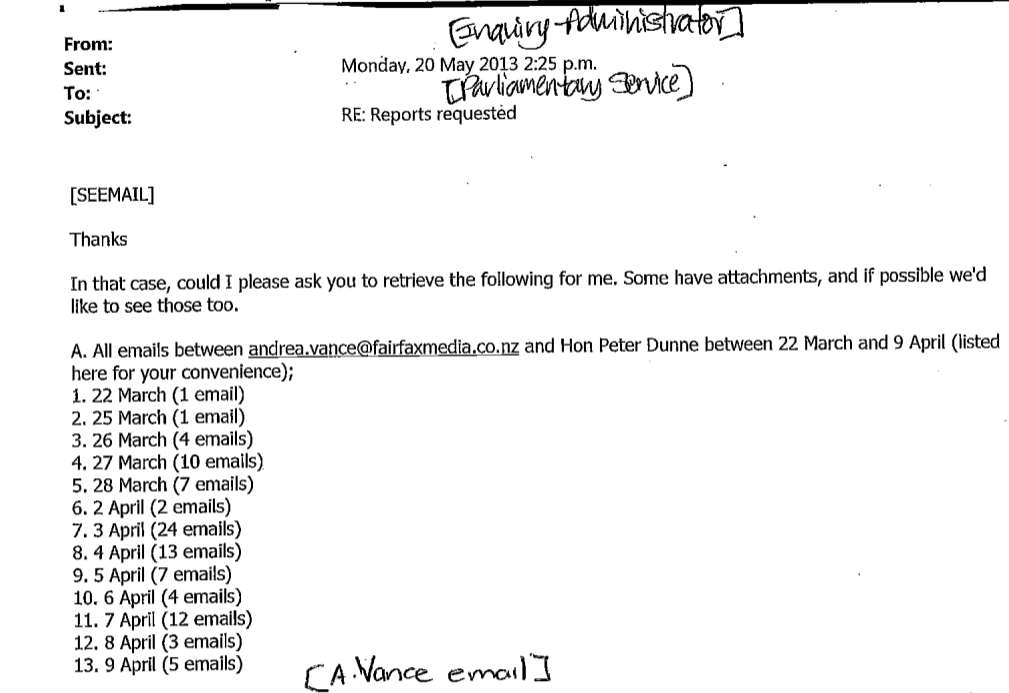 There's plenty of Schadenfreude to go around Parliament right now.

Press Gallery muppets, formerly in thrall to the government spinners and shakers, have revolted over the Vance revelations. The scalp of the head of Parliamentary Services was offered on a platter, apparently for not telling National's Chief of Staff to go fuck himself before he would release Dunne's data. Fresh from voting for the second reading of the GCSB Bill, Peter Dunne is seeking legal advice over the privacy of ministerial communications.

In a forlorn effort to shut the whole thing down in an officialese version of the DDoS attack that took down several National party websites this week, the Department of Prime Minister and Cabinet dumped a redacted email trail late Friday afternoon.

The dump is repetitive and narrow. For example, it doesn't list the correspondence between DPMC, National Chief of Staff Wayne Eagleson, and the Henry Enquiry, Parliamentary Services and Ministerial Services. Curiously enough though, the DPMC's disclosure signature appears scattered throughout the email trail.

The dump itself reminds me of working for Telecom's *123 mobile helpdesk back in the day. There's elements of The Office at play in there, as well as the usual bureaucratic Chinese Whispers and Pavlov Expectorations. There's occasional flashes of geek curiosity and BOFH (Bastard Operator From Hell) elation: 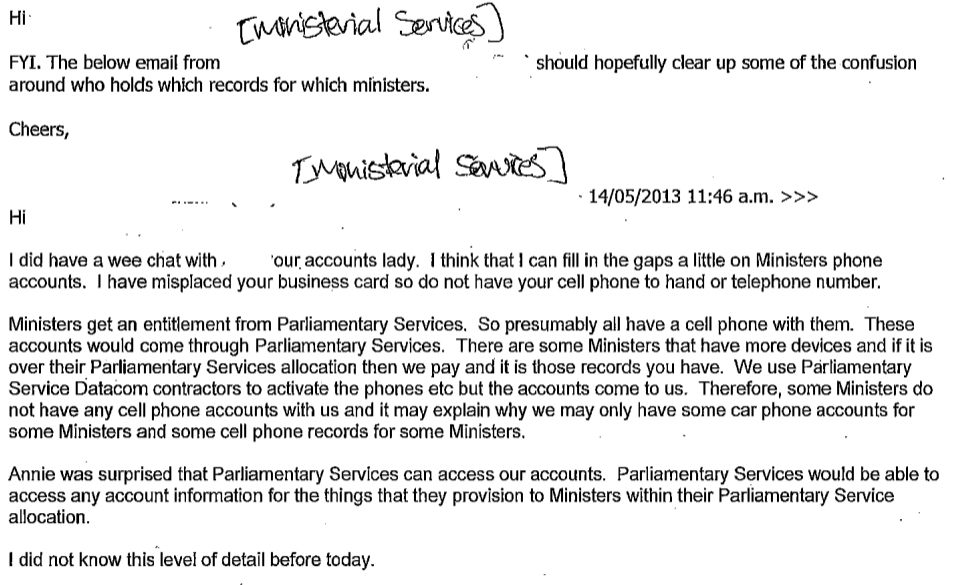 Annie was surprised. This is the level of novelty that the Henry witch hunt entailed. This is uncharted constitutional territory, and DPMC is drawing the map as it sees fit.

I suppose it is too much to ask for Dunne to reconsider his vote for the third reading of the GCSB Bill. Anything for yet another rigged game in Ohariu, eh.
Posted by Will de Cleene at 09:27