It's mid-winter and there's next to no local news. In the Hospo World, the biggest fuck-ups always happen during the slow times.

Parliament is in recess, as Cactus Kate demonstrates with this Speaker's Tour photobombing of the Diamond Cross-Examination (second row from the back): 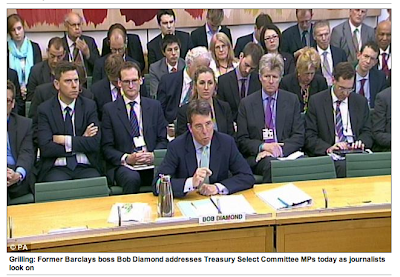 The Higgs Boson has been finally nailed by practical as well as theoretical physicists. Good on them for that. What with this one fundamental doubt removed at great expense, now is not a good time to pick a fight with physicists:


In what appeared to be the sole negative tweet of the night she lamented to cost of the research involved: “the cost is depressing, $4 billion or thereabouts, only if it makes a real difference.” In later tweets she referred to the “cost to some other priority”, “the sacrifice it required,” “what is not done, who is not fed, who is not saved,” “tradeoffs,” “trying to justify this cost to the people I work for,” and “you can’t deny that something else is sacrificed in the choice [of research].”

Her comments were quickly criticised by a number of local people and, in the end, I think she realised she had made a political mistake.

So much for the Exercise of Vital Powers. I expect more geek from my Greens.