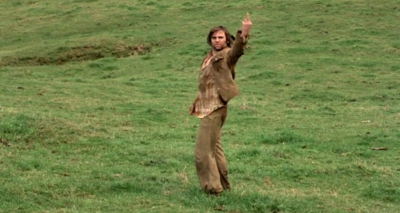 Waitangi Day seems a fitting time to share some conclusions from my summer study of How Things Change in New Zealand.

It is already well understood how things don't change around here. Colin Espiner's welcome return to blogging highlights the Kiwi mantra of "She'll be right". This laconic, laid-back philosophy has a nasty duality which can be summed up thusly: If we ignore a grave injustice for long enough, it will inevitably resolve itself to everyone's general satisfaction.

Your choice whether this is fantastic naivete or helpless optimism. As a philosophy though, it has more plot holes than a Scientology chapter. As a security blanket however, it has provided New Zealanders with a warm glow of smugness from inertia.

So, how do things change in NZ? Let's get the obvious stuff out of the way first. Everything always changes. Hate it or loathe it, we are glued to the arrow of time. History doesn't repeat, although it may be fractal with self-similar blobs.

Political reform must also be continuous, as that PriceWaterhouseCoopers wonk said last year. Otherwise, as Malcolm Tucker said in the final episode of the Thick of It, "Dark shit builds up." And then you get a Rogernomics enema.

Unfortunately, the law is usually the last thing to change. Take, for example, our alleged national symbols. Our current cobbled together official national flag was officially endorsed after over thirty years of informal use by the public and military. The dreadful dirge that is our current national anthem was written by an Irish Australian in 1876, and recognised officially only in 1977.

Lewis Holden makes a good point along these lines in today's NZ Herald. The Silver Fern is used by an increasing number of NZers to represent them instead of the old defaced ensign. Never mind that the Silver Fern was first hoisted during the Boer War, around the same time the blue ensign was adopted as de facto flag of convenience. The people are deciding to adapt the Silver Fern for themselves, and damn whatever the law says.

Similar cultural adaptation has been replicated in Deaf culture. Official government policy outlawed sign language for 99 years. That didn't stop the underground proliferation of NZSL, which evolved from a BSL, ASL mash-up into its own linguistic space.

Although it was illegal for many years not to report deaf people to the government, at least they didn't ruin their lives by locking them up in prison. The same cannot be said for the substantial proportion of the NZ population arrested and persecuted to this day for using cannabis.

Happy Bob Marley's birthday. Get up, stand up. Live free or die Kiwi.
Posted by Will de Cleene at 12:12