The Wellington City Council is calling for submissions on how the next local body elections will work. Judging from how the proposals are laid out, the Council is hoping to destroy the left-wing bloc once and for all.

At present, 14 Councillors represent five wards; Lambton, Onslow/Western, Northern, Eastern and Southern. In spite of the Local Government Commission strongly recommending that "grouping together two or more communities of interest that share few commonalities should be avoided," it hasn't stopped Council pushing for an amalgamation of wards. 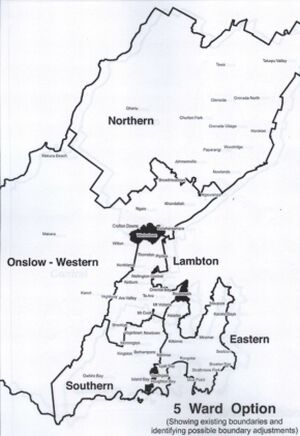 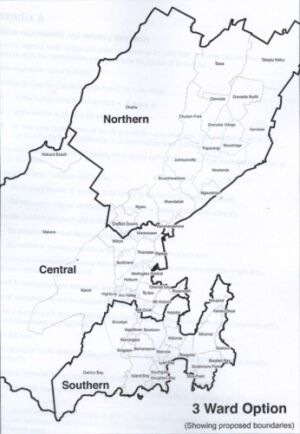 WCC doesn't stop there. The election of at-large councillors is pushed as the preferred model, making the idea of wards altogether irrelevant. Such a system would mean that the whole of Wellington could be represented by a wunch of bankers who could corner the market due to the large cost and canvassing hurdles faced by their lesser financed competitors.

Submissions close 31 May. Have your say before the power-hungries gerrymander themselves into a fiefdom.