I paid my taxes. I deserve free money! 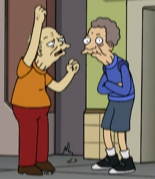 "I deserve free money!"
A few days ago, David Chaston at interest.co.nz released some startling data on Superannuation and increasing life expectancy:


Essentially, our statistically average person will have earned about NZ$1.4 million and paid about NZ$342,000 in tax, taking home a pay packet of a little over NZ$1 million over those 50 years.
Converting these raw earnings and taxes to 2011 dollars, they earned NZ$2.7 million, paid NZ$620,000 in taxes, and had take-home pay of a bit more than NZ$2 million.

The comments thread is a trove of wonder. One of the more ignorant myths that persists pops up as well. Take it away Hiacinth:


How about you work out the compounding interest our taxes make, over the full working years.  Will make a huge difference to the amount you say we pay, the Govt makes plenty out of that.  If the money was managed properly, there would be enough and more to go round.

No, you can't do that, nor claim that. That is the problem I noted about 'pay-as-you-go' - there has been no "saving up" for these liabilities, therefore there is no 'compound interest' available. It doesn't exist.

Over the past 40+ years, voters have rejected policies to fully-fund the obligations to pay NZ Super in the future. To do so would have required consuming less 'now' so you could be more comfortable in the future. A whole generation or two rejected that concept.

The Cullen Fund was the first time any attempt has been made to start that, but the benefits will (and should) accrue to the people who retire in 30-40 years, not to the generation that chose 'pay-as-you-go'.

Taxes collected are spent the same year. That's what the Budget is.

The whole point of KiwiSaver was to get to the stage Hiacinth presumes already existed with National Super, a pay-as-you-go bribe brought to her by Muldoon's Dancing Cossacks. My generation were too young to vote for Muldoon's National Superannuation bribe, and now the buggers who did plead ignorance.

X and Y know damned well that there won't be National Super when we reach 65. We're lumped with paying-as-we-go for existing retirees, even if the Old Ones' incomes are larger than our own. We're lumped with paying for our own alleged retirement through KiwiSaver. And if we're too broke or indebted to even join KiwiSaver, we aren't saving at all for retirement and are merely cross-subsidising the ones who can with KiwiSaver tax breaks.

Self-destruction before old age is the best we can aim for. You go for the diabetes. I'll take the lung cancer.
Posted by Will de Cleene at 16:46