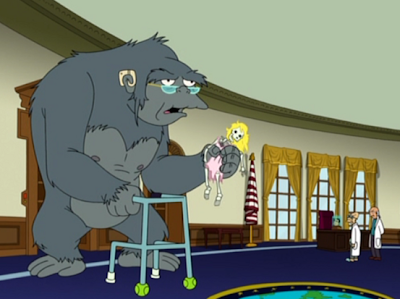 There are interesting rumbles from both Laila Harre and Tracy Watkins about that old gorilla in the room, the Retirement of the Boomers.

The older generation haven't helped themselves a whole lot... That was an interesting sleeper issue at the summit. I mean, it didn't actually come out officially but I heard a number of conversations where there were issues raised about the retirement age, the ability for people to stay in the workforce..."

Matthew Hooten pointed out that "the baby boomers will never accept any changes to their superannuation entitlement."

There has always been an argument about the fairness of today’s workers not only funding the cost of today’s pensions, but pre-funding the (partial) cost of their own pensions as well. That of course is a philosophical debate, rather than an economic one.

AND pre-funding ACC AND pre-funding infrastructure (under Cullen's cash accounting system), AND Dagg knows what else. There's going to be a point where the philosophical and the economic clash with the political. Sounds like the intergenerational superannuation skirmish is getting louder.
Posted by Will de Cleene at 14:20