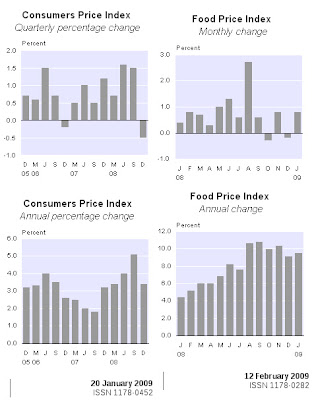 Faced with rising unemployment and stagnant wages, it's getting harder for people to put bread on the table. From Stuff:

Paymark chief executive Simon Tong said: "The feedback we've had from people in the game is that people have moved toward the home brand products in fact, retailers have been racing to get more of those on the shelves and typically people are buying more in bulk.

Told ya so. The Stuff story goes on to say that fast food outlets are raking it in. If it gets as rough as I think it's going to get, this illusion of a meal is a purely temporary phenomenon. It's merely a comfort stop on the way to the reality check.
Posted by Will de Cleene at 10:10