It has been a busy week in cannabis reform. Cannabis researcher Peter Davy has had his sentencing postponed for the second time at Timaru District Court, this time for a psychiatric evaluation. At this very moment, fundraisers are being planned in his support and a returning public presence for his next appearance in court on June 22 is being arranged.

The MSM has shown a welcome maturity on the subject of cannabis. On Tuesday, TVNZ's Breakfast featured a sober interview with Horticultural Scientist Dr Mike Nicholls on the benefits of medicinal cannabis.  TV3's story featuring Peter Davy on Tuesday's News was outstanding.

The follow-on story the following morning with Ross Bell was also good, if not entirely accurate (Fair go to Ross. He may not have heard that the supplier for Sativex in NZ has pulled out through lack of sales and the medicine is not actually available in the country. The conditions for its use are phenomenally complicated, can only be used for MS and only then for a four week trial. The Nats lied last year).

But there's more to come. Next week sees the Law Commission release its final report on re-writing the Misuse of Drugs Act. Wednesday April 27 will feature anniversary protests marking a year since the Operation Lime raids, which the police portrayed as a blow to the "cornerstone of the illicit cannabis cultivation industry". Remember Operation Lime? The one where the cops invented novel and unusual bail conditions which district court judges around the country threw out? 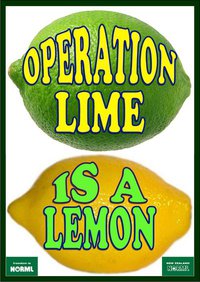 Two Saturdays from then is J Day. 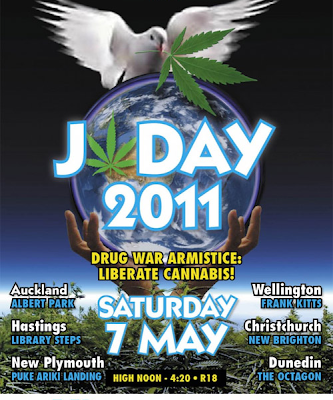 The fight goes on. I'll leave you with a quote from Anti-Dismal's post on what motivates entrepreneurs:


In many ways, medical marijuana entrepreneurs are no different than any other business start-ups: They need a business plan, venture capital and a fair dose of fortitude.

They also are likely to have something not generally found in most small-business owners: an activist streak.

More than half (58 percent) of those in the burgeoning industry say they started their businesses to promote expansion of medical marijuana or outright legalization, according to a report released last month analyzing the growing market. Only 12 percent said “financial opportunity” was their primary motivation.