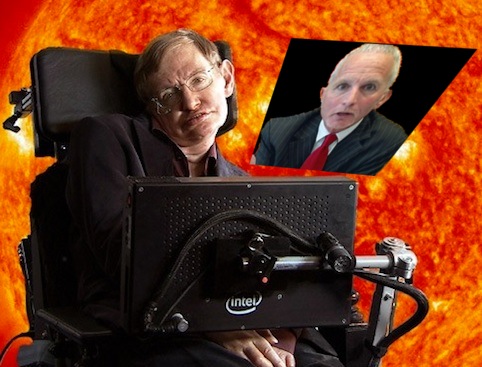 Michael Laws was accelerated to near light speeds in the LHC, before being hit head on with another similarly narrow-minded test subject travelling at the same speed, in this case Pauline Hanson. Hanson was completely annihilated in the collision, decomposing into four Letters to the Editor and a pair of dingo's kidneys, whilst Laws was squeezed through the Planck Hole, long considered to be the smallest possible length of anything in the universe.

Professor Hawking said that according to his calculations, Michael Laws has reached the Black Brane plane. However, due to nothing being able to communicate with this dimension made of singularity garbage, there is no way to confirm that Laws is still alive or dead. "I call this result the Shrodinger's Prat effect."
Posted by Will de Cleene at 10:00