Friggin in the riggin

David Farrar has been fomenting happy mischief over Labour's leaked research marketing. This is a bit mischievous, coming from National's preferred pollster. All Labour was doing was polling their members, which is common enough practice with all political parties. F'rintstance, I've seen some pretty cringe-worthy party polls from Act.

Truly awful questions are always at risk of being leaked by the opponents' spies in their ranks. Admittedly, Labour's data this time is absurd. I mean, what the funky? What meaning are they gleaning from retro? You want words to describe Labour's blues right now, here's a few suggestions.

Helen Clark ruled for so long and strong, decapitating any pretenders to her throne, that there exists a complete leadership vacuum within the Labour Party. There's a Mexican stand-off between the old guard, the unions, and the ambitious young ones. They can't move on until there's blood on the floor. 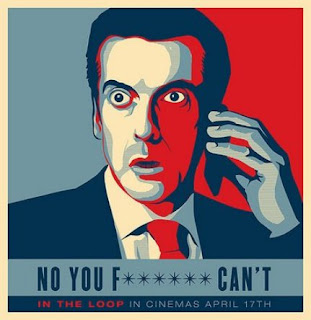 It's bad enough that there's no captain charisma and stout first mate to steer the ship of Labour. They've lost their map and compass as well, and are sitting somewhere around the obscure 30 degree doldrums. Every so often, a Green Party glider or a Maori Party waka might spot them, but the Labour crew tell them loudly to fuck off. If the winds of change knows what's good for them, they will return to the beleaguered Labour boat pronto. They may be some time.

Keeping with the boating analogy, there's an awful lot of stowaways on board. They should have been dropped overboard long ago. Labour can't afford to lose any of their crew though. No matter how useless any of the list is, they're still better than that toxic layabout, Judith Tizard. She's next up if anyone drops off, and Labour have enough anchors on board as it is. 2011 might allow a slight change in crew roster, but I fear they'll be getting Taihape sailors.

I presume there's quite a bit of existential angst within the Labour hierarchy. There's not much mana in defining oneself as not-Nat and no more than that. There's no promised land on the horizon to head towards, no plan. It's all very much day to day living. The members relying on the unions for a bump are in for a nasty surprise.

There's one thing Labour always had an advantage of over the Nats. Imagination. Unfortunately, that imagination must be attached to some form of general knowledge, and Labour has never been kind to economists. The left wing are myopic to matters of balancing the books. Is David Cunliffe still alive? I haven't seen him in a while. No hurry.