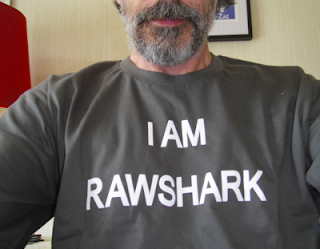 The Judicial Review of the Hager raid by the police last year has finished Day One of an anticipated three day season. Jon Stephenson covers the high and dry of it here. At stake is truth, justice and all that jazz.

It has taken me some time to parse the whole Dirty Politics saga, soaking in it as I was all those years as a blogger. Reading Nicky Hagar's book on the subject, what surprised me most was not so much the tactics employed but the elaborate collaboration behind the scenes. The sheer stage-managed nature of it all. I felt like a complete Frankenfurter.

There was also the Key government to consider. I had seen the NZ Defence Force take a smack at Stephenson before, during and after his Eyes Wide Shut article in Metro magazine. Before that, accidental journalist Bradley Ambrose's recording of the Key/Banks tea party in 2011 and the resulting cop scrum that descended upon him and the MSM.

More recently, Dakta Green accusing some police of perjury has seen him crushed under a grand piano of scrutiny by them. You can't mess with the status quo and walk away unscathed. Quite how I've managed so far without liability, I attribute to presenting a small target as well as maintaining a variety of wild cards up my sleeves. Fiddling with asymmetries.

Suffice it to say, sub judice pending, that I hope the Judicial Review is successful. Ten hour fishing trips in a journalist's home when they are in absentia is disproportionate and has a chilling effect on reporting. There's evidence to suggest that police broke the court's sealing of evidence, which probably means the GCSB and SIS have been through the allegedly sealed documents too. Hagar had been worked on the Snowden leaks, and it doesn't take much to join dots there.

Without investigative journalism, all we're left with is press releases and native advertising. That's not a Fourth Estate. That's prostitution.