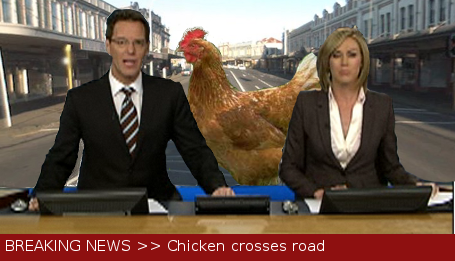 We're into the second week of news drought here in NZ. Nothing continues to happen. In lieu of news, mirages are common. They look like news at a distance, but upon closer inspection are nothing but the shifting sands of time.

For example, a Kiwi Sleb's Lear jet joins the search for the AWOL MH370. It looks like a match made in clickbait heaven, but turns out to be less than the sum of its parts. Traces of the missing Malaysian airplane continue to elude the search team over the South Indian Ocean, who have only found an ocean full of unrelated human flotsam and jetsam so far. Alas, the man-made Plastic Gyres of inorganic refuse are not news either.

Another cyclist is dead. Police are considering whether to press charges against a 70 year old truck driver who ran over and killed a 22 year old student nurse cyclist.

Sharla Haerewa was wearing a reflective vest and bike lights for Africa, as well as apparently riding in the designated cycle lane. If the police don't charge this truckie with careless driving causing death, THAT would be news.

It would be even better news if the Dutch way of law was introduced here, where the burden of proof always lies with the person in charge of the multi-ton speeding hunk of metal. Fair trade for the freight-friendly Roads of National Significance, eh.

The thinking person's gym bunny, Rachel Smalley, Punk'd herself with a live mic, inadvertently setting off a wrestling match with some self-identifying heifers. It's a fight as old as nerd versus jock but, like alcohol and other drugs, it is a cleavage that feminism has yet to resolve to its satisfaction.

It looks like I picked the wrong week to join Twitter. Just as I join in search of news and novelty, Herald journo David Fisher calls it quits. I can see his point. The signal to noise is so lopsided, I get an idea what SETI must feel like. It's like being in a Kakrafoonian Pub.

At least Towel Day is only a month away. A hopeful thumbs up til then. You're never lost as long as you know where your towel is.
Posted by Will de Cleene at 18:31